I finally got the email. Still no idea what the film is going to be–and the way the message is worded, it does seem like a complete afterthought. It will start in Sloane Square, that much is certain. Beyond that, what to expect? 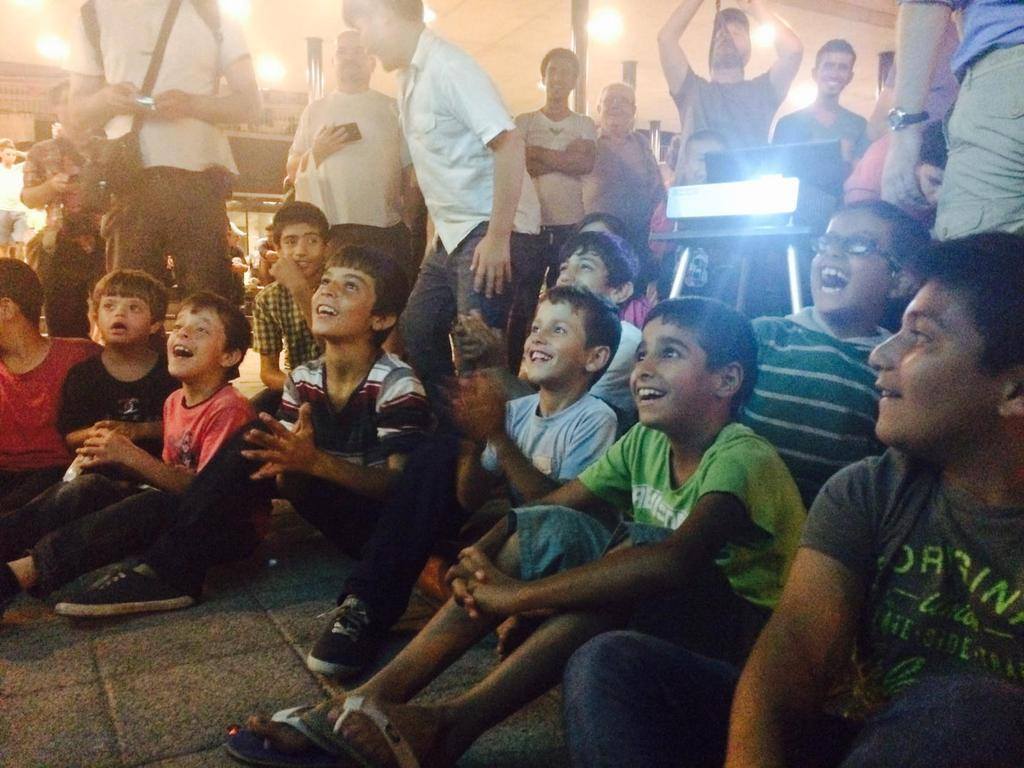 This is an invitation to a protest, not a screening. And it is a good thing, the emphasis on the donations. I also like the idea of building cinemas in refugee camps around the world to bring; it speaks to a (nostalgic?) vision of cinema to enchant, make people dream, and unite that I can relate to.  Secret Cinema, the new Hollywood?

This is definitely part of the message–even if the event remains elitist and anything but mainstream, more expensive than an evening at the movies, secretive, and so on. It plays, self-consciously, on the image of an event for the lucky few (tell no one!)–but it sells itself as cinema for the masses.

There are worrying signs, too, that the commercialization will intrude, that this corporate endeavour at being good citizen is just that, a corporate endeavour. #bandwagon? “To harness the greatest movement of displaced people since the Second World War by standing a global screening protest” is cringe-worthy, as is the metaphor of “the sea of activists”, considering the thousands of refugees dead at sea. And the grammar in “to send a message of solidarity to those that need to listen” is obscure, to say the least. These are signs of potential incoherence.

In the end, we did pay for a screening. Is the protest stance then make-believe? Is SC’s attempt at communicating activism just setting the mood, in the same way that they do with their other shows?

So, for now, I am left with issues that I will be looking out for at the event/screening/protest tonight:

Complete report tomorrow. In the meantime,

You are currently reading The Secret Protest Screening ethnographic project – part 2 at flycz.